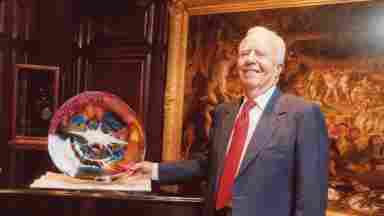 The award’s namesake, Dr. Charles L. Branch, was a leading scholar, neurosurgeon and humanitarian. Dr. Branch grew up in West Tennessee and graduated from Vanderbilt University Medical School in 1953. After a rotating internship at the University of Chicago, he completed his neurosurgical residency at the Montreal Neurological Institute under the guidance of Dr. Wilder Penfield (1891- 1976) and Dr. Theodore Rassmussen (1959-1968). In 1968 he moved to San Antonio to join the faculty of UT Health Science Center at San Antonio and entered private practice. After retiring in 1994, he dedicated an extraordinary amount of time, energy and support to notable medical missions in Haiti, Guyana and Nigeria. He died in 2013, with his family surrounding him at his home in San Antonio.

The award was created in 2010 to honor Dr. Branch for his lifetime of achievements as a distinguished neurosurgeon, prolific scholar and generous humanitarian and his overwhelming contributions to brain research. 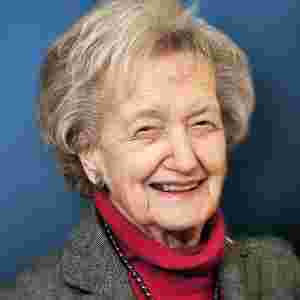 Brenda Milner, PhD, is the Dorothy J. Killam Professor at the Montreal Neurological Institute-Hospital and a professor in the Department of Neurology and Neurosurgery. Her contributions to clinical neuropsychology and cognitive neuroscience have revolutionized understanding of how brain structures govern different learning, memory and speech functions. She remains professionally active at 104 and has received numerous honors, including the Balzan Prize for Cognitive Neuroscience in 2009 and the Kavli Prize in Neuroscience in 2014, together with John O'Keefe and Marcus E. Raichle. 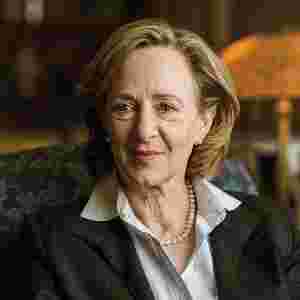 Susan Hockfield, PhD is Professor of Neuroscience and President Emerita at the Massachusetts Institute of Technology; she served as the sixteenth president from 2004 to 2012 and was the first woman and the first life scientist to lead the Institute. She has elected to establish her current office at the KI. Prior to MIT, she was the William Edward Gilbert Professor of Neurobiology, Dean of the Graduate School of Arts and Sciences, and Provost at Yale University. 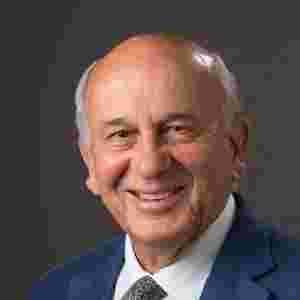 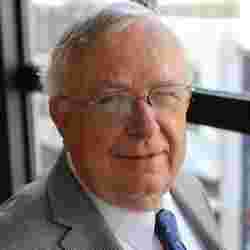 Michael Merzenich, PhD is Professor Emeritus at UCSF. He has published more than 150 articles and received numerous awards and prizes (including the Russ Prize, Ipsen Prize, Zülch Prize, Thomas Alva Edison Patent Award, and Purkinje Medal). He is the chief scientific officer of the BrainHQ brain training program. In 2016, Dr. Merzenich was awarded the prestigious Kavli Prize for his achievements in the field of brain plasticity. 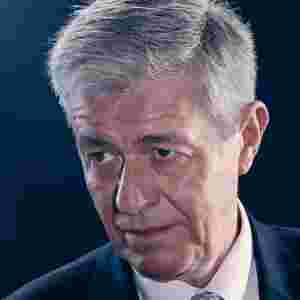 Karl Friston, FMedSci, FRSB, FRS, has revolutionized brain imaging and neuroscience with his Free Energy Theory and an extraordinary number of cited publications in the scientific community. He leads the mission of the Spatial Web Foundation to ensure that the framework for AI is contextual and humane. He is also known for Statistical Parametric Mapping, Voxel-based Morphometry, Dynamic Causal Modelling, and the Free Energy Principle. He holds Honorary Doctorates from the University of Zurich and Radboud University. 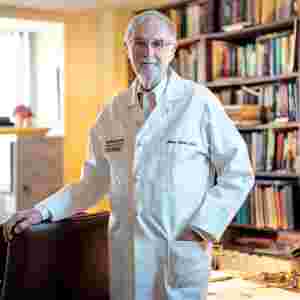 Marcus E Raichle, MD is an Alan A. & Edith L. Wolff Distinguished Professor in Medicine at Washington University School of Medicine in St. Louis. He and his lab have made outstanding strides in the study of human brain function through the development and use of PET and fMRI. Additionally, an important facet of his work was the discovery of a unique frontoparietal network in the brain that has come to be known as the default network. This network is now the focus of work on brain function worldwide.

Floyd Bloom, MD is Professor Emeritus and Chief Operating Officer at Scripps Research Institute. Prior to Scripps, he served as the Director of Behavioral Neurobiology at Salk Institute and Chief of Neuropharmacology at the NIMH. Dr. Bloom's most recent work has focused on the structural and histochemical analysis of brain regions and the changes the brain undergoes due to drug actions. He and his lab have sought to determine the relationships that define how and where a drug produces its effects at the cellular and systems levels.

Daniel Weinberger, MD, is the Chief Executive Officer and Director of the Lieber Institute for Brain Development. He is board-certified in both psychiatry and neurology. His lab identified the first specific genetic mechanism of risk for schizophrenia, and the first genetic effects that account for variation in specific human cognitive functions and in human temperament. He and his lab also developed the first animal model of schizophrenia. He is past president of the Society of Biological Psychiatry and American College of Neuropsychopharmacology, and has been elected to the Institute of Medicine of the National Academy of Sciences. 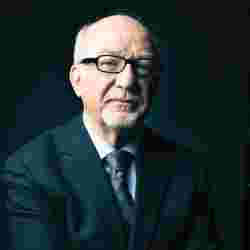 Donald T Stuss, PhD, was a University Professor Emeritus of Psychology and Medicine (Neurology and Rehabilitation Science) at the University of Toronto and a senior researcher at Sunnybrook Health Sciences Centre. Additionally, he was the founding director of the Rotman Research Institute for Geriatric Care and the Founding President of the Ontario Brain Institute. Stuss’ influential research revolutionized the understanding of the frontal lobes and how the brain mediates complex processes such as executive functions, attention, memory, humor, and self-awareness. Don passed away at the age of 77 on September 3, 2019. 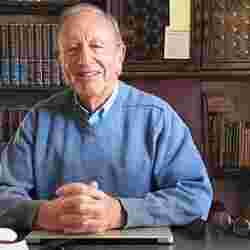 Joaquin Fuster, M.D., Ph.D. is a Senate Emeritus Professor of Psychiatry and Distinguished Professor of Cognitive Neuroscience at UCLA's School of Medicine. Additionally, he is an Emeritus member of the Brain Research Institute and the Semel Institute for Neuroscience and Human Behavior as well as a member of the Neuroengineering Training Program. The objective of his research is to gain a better understanding of dysfunctions of the cerebral cortex in neurological and mental illnesses that impair cognition. Such understanding leads to more effective modes of treatment and rehabilitation. 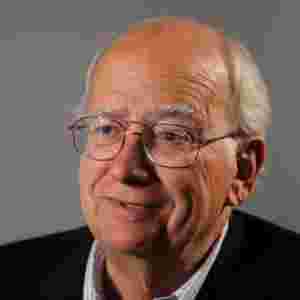 Michael Gazzaniga, PhD, is Director of the SAGE Center for the Study of the Mind at UCSB. He is the president of the Cognitive Neuroscience Institute, the founding director of the MacArthur Foundation's Law and Neuroscience Project and the Summer Institute in Cognitive Neuroscience, and a member of the American Academy of Arts & Sciences, the Institute of Medicine, and the National Academy of Sciences. He has made remarkable advances in the understanding of functional lateralization in the brain and how the cerebral hemispheres communicate with one another. 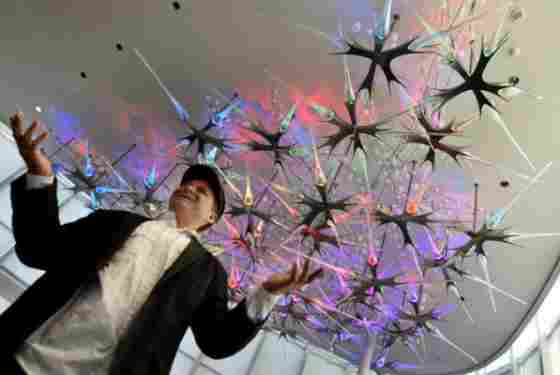 Glass artist David Gappa created this glass neuron installation titled “Introspection” to mimic the mind for the Brain Performance Institute at the Center for BrainHealth in Dallas.

David Gappa of Vetro Art Glass designed the Branch Award bowl. Each unique blown glass sculpture features a white, star-shaped object in the center, which is an artistic representation of a neuron. 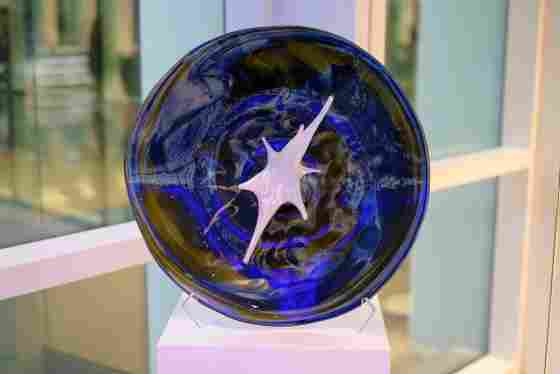